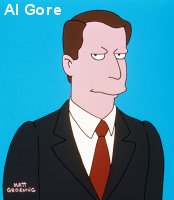 Recent years has seen our cinemas dominated by remakes, sequels, prequels, adaptations, re-imaginings and copies. It is perhaps surprising then, that parallel to this we have witnessed widespread success for a number of serious documentaries. This phenomena can probably be traced back to Michael Moore's Bowling for Colombine and the even more successful Fahrenheit 9/11 which followed it. This resurgent genre also brought us Supersize Me and March of the Penguins. Apart from success, the one things which links these films and their disparate subject matters is controversy; whether it's Republicans getting hot under the collar about Michael Moore's denunciations of George Bush, or liberals expressing concern about attempts to hijack March of the Penguins as creationist propaganda on the part of the Christian right. The latest example, Al Gore's An Inconvenient Truth, is no exception.

Climate change denial (which can take various forms) is big business in the States, with the likes of Exxon Mobil (known as Esso here in Blighty) throwing huge amounts of money at so-called "skeptics" and helping to financially prop-up the Bush Administration. That the scientific community is almost unanimous in its acknowledgement of the problem and the role of human activity in causing it (Gore cites a survey of articles in peer-reviewed journals in which 100% agreed with this assessment) is apparently unimportant to such people who like to pontificate about the "fraud" being perpetuated by "liberals" who they presumably regard as "anti-American".

The film can be split into two parts, although these are interwoven throughout. The first is a lecture - backed up with an impressive Powerpoint presentation and a brief Matt Groening cartoon - delivered at Harvard University to an apparently appreciative audience, while the second consists of an assortment of Gore's personal reflections on the issue of climate change. The lecture is something of a tour de force, clearly honed through years of repetition and improvement and makes a compelling case for the existence of global warming and the threat it poses. Retreating glaciers, more severe storms, droughts, flooding, disease and the melting of the poles are all held up as impacts which can be witnessed in the here and now. Graph after graph, show the striking correlations between levels of carbon dioxide in the atmosphere and global temperature or between global temperature and this or that important consequence. It is nothing if not compelling. 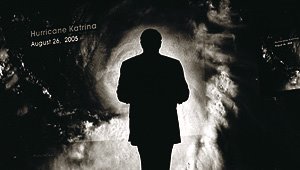 That's not to say that the lecture flawless. It is axiomatic that correlation does not equal causation (witness the entirely coincidental correlation between global temperatures and pirates), yet it is the correlation between climate and carbon which sits at the centre of the presentation. Arguably, Gore could have spent more time explicating the mechanisms which are leading to global warming. That said, the correlations are striking and follow extremely closely. Furthermore, Gore says little about feedback effects which could exacerbate or mollify the impact. Nevertheless, I am prepared to concede that time constraints prohibit the inclusion of every detail on the phenomena.

The real question, however, is what impact it will have upon those members of the public confused by the claims of the sceptics, who have hitherto been dismissive or unconvinced. I'm not in a position to evaluate this, but I suspect that those who fall into the former category probably won't bother going to see it, which raises the age-old concerns about preaching to the choir. It is to be hoped that the publicity generated will encourage people to think about the issues and perhaps stir those who have been convinced for sometime, but done nothing into action.

Gore's rather hurried attempt to sketch out solutions is also problematic and seems to amount to little more than an assertion that we'll be alright, technology will save us. Exactly how this will happen or how we as disparate individuals are to effect any change whatsoever isn't really dealt with. In some ways, I think the film would have worked well as a prologue to a talk I saw the previous weekend (at the Stop the War Coalition's "alternative conference") given by Jonathan Neale of the Campaign Against Climate Change. Neale made a case from what he called a "social movements" perspective for a strategy similarly reliant on technology, but with an acknowledgement of the difficulties involved.

Like Gore, he argued that technology can solve the problem, but went into some detail about how he thought this could happen. If we set about investing in a major public transport expansion, insulating people's houses and switching to renewable power this would vastly reduce energy emissions without a concomitant fall off in living standards. None of this he contended was technologically problematic (which I think is questionable, but is not my area of expertise). The problem was that it requires massive state intervention, which our leaders contend costs too much. He pointed out that cost is a relative term as those costs will be passed onto workers who will then buy more stuff stimulating the economy. As far as our leaders, obsessed as they are with the dogmas of neo-liberalism, are concerned this is an unacceptable interference with the sanctity of the market. We, Neale averred, need to create a situation where they have no choice but to accede to our demands. Clearly this is a problematic solution, quite apart from concerns about the role of the state, one might question whether we don't also need to confront the focus on economic growth and seek to reduce our reliance on technology, but it is a developed, compelling, potentially inspiring solution. As such, it's rather more than Gore has to offer.

As impressive as the lecture is, the second part of the film (at least in my analysis), which consists of a series of personal reflections by Gore on the severity of the problem and his relationship with it, is rather weaker. These monologues are played out over a near-montage of clips of Gore travelling around the world, spreading the message. Unfortunately for him, one gets the impression that the director of these sections was taking the piss somewhat. Hence we see Gore in a chauffeur driven car, Gore in an SUV, Gore getting off a plane and Gore leaving his Powerbook on while he goes out to do some good deed. Hypocrisy aside, many of these musings sit uncomfortably in the film and carry the vaguest whiff of narcissism. Gore's claims that he has been committed to combating climate change since his son's death in 1982 raise difficult questions about why so little has been done, given that he spent eight years in the intervening period as the Vice-President of the World's Most Powerful Country.

Like I say, it isn't perfect, but check it out and take your friends. Climate change is one of, if not the, most important issues we face today. At the very least we ought to be informed about what's going on.